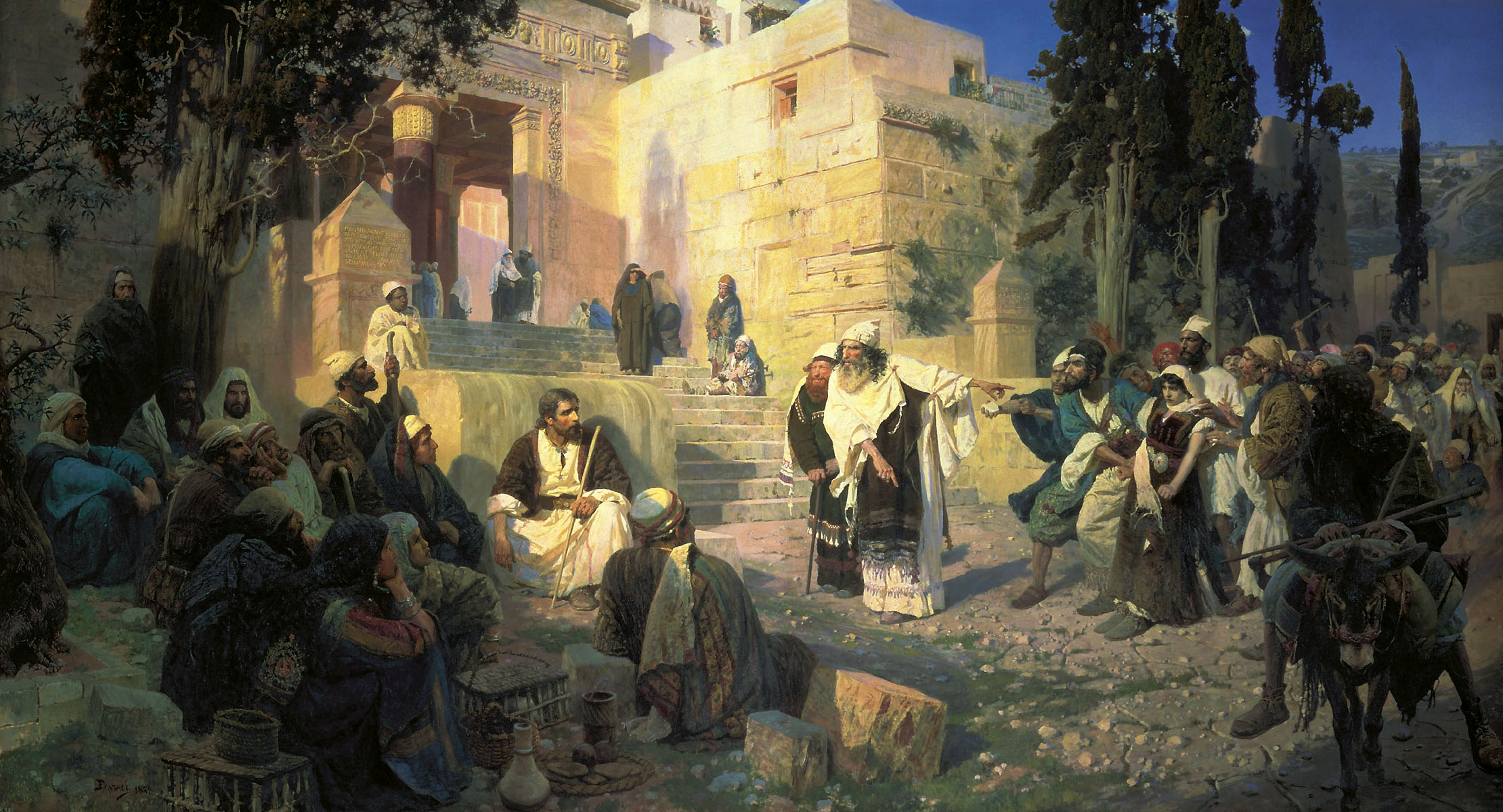 “At dawn he appeared again in the temple courts, where all the people gathered around him, and he sat down to teach them. The teachers of the law and the Pharisees brought in a woman caught in adultery. They made her stand before the group and said to Jesus, `Teacher, this woman was caught in the act of adultery. In the Law Moses commanded us to stone such women. Now what do you say?’ They were using this question as a trap, in order to have a basis for accusing him.

“But Jesus bent down and started to write on the ground with his finger. When they kept on questioning him he straightened up and said to them, `Let any one of you who is without sin be the first to throw a stone at her.’ Again he stooped down and wrote on the ground.

“At this, those who heard began to go away one at a time, the older ones first, until only Jesus was left, with the woman still standing there. Jesus straightened up and asked her, `Woman, where are they? Has no one condemned you?’

[This story does not appear in some of the earliest manuscripts according to the translators of the NIV. This does not make it untrue; it simply means that it was carried by oral tradition until it was included in the text. In my opinion, it certainly fits the character and wisdom that I would associate with Jesus from all sources we have.]

“Do not judge, or you too will be judged. For in the same way you judge others, you will be judged, and with the measure you use, it will be measured to you.

“For God did not send his Son into the world to condemn the world, but to save the world through him.” (John 3: 17 NIV)

My heart is breaking because of the 17 people who were killed in France during the recent events related to the attack on the satirical weekly Charlie Hebdo. As you can see from the above scriptures even sin cannot separate us from the love of God. Jesus came into the world to save the world and not to condemn it. These acts of terrorism are reactions to the love of God to save the world. In fact, the development of the religion founded by Mohammed is a reaction to the Gospel message. Those who questioned Jesus in the story of the woman caught in adultery were of the same mind as those in Islam who choose to live by law rather than grace. When a terrorist lashes out to kill he or she is condemning others because they do not agree with them. Those sects of Muslims who view terrorism as a valid weapon are actually acting in a criminal rather than a religious way.

As Christians, we have the right to express love to all whom Jesus died for. We also have the obligation to stop those who would act in criminal ways. We must both bow in prayer and act decisively in support of defending ourselves and others against terrorism.