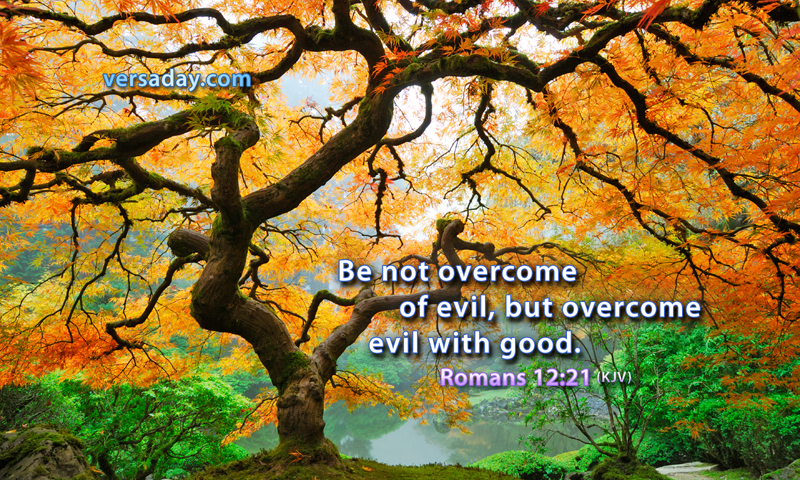 Our goal for living is based on the concept of true and proper worship expressed in Romans 12: 1 & 2:

“Therefore, I urge you, brothers and sisters, in view of God’s mercy; to offer your bodies as a living sacrifice, holy and pleasing to God—this is your true and proper worship. Do not conform to the pattern of this world, but be transformed by the renewing of your mind. Then you will be able to test and approve what God’s will is—his good, pleasing and perfect will.” (Romans 12: 1, 2 NIV)

When considering the meaning and implications of a particular passage of scripture it is wise to include it in the context in which the Holy Spirit placed it. Please note that I did not say, “We must examine the context in which the writer placed it.” Although it is important to consider the work of the author we must remember that all Scripture was inspired by the Holy Spirit. Even as I write this small article it would be meaningless unless I am led and inspired in my thinking and writing. So while it may appear that I am using means of critical analysis of the text and the context we must trust that the ultimate message of this article will be some level of revelation from God through the Holy Spirit.

“Now Mary stood outside the tomb crying. As she wept, she bent over to look into the tomb and saw two angles in white, seated where Jesus’ body had been, one at the head and the other at the foot.

“They asked her, `Woman, why are you crying?’

“`They have taken my Lord away,’ she said, `and I don’t know where they have put him,’ At this, she turned around and saw Jesus standing there, but she did not realize that it was Jesus.

“He asked her, `Woman, why are you crying? Who is it you are looking for?’

“Thinking he was the gardener, she said, `Sir, if you have carried him away, tell me where you have put him, and I will get him.’

“She turned toward him and cried out in Aramaic, `Rabboni!’ (which means `Teacher’).

“Jesus said, `Do not hold on to me, for I have not yet ascended to the Father. Go instead to my brothers and tell them, `I am ascending to my Father and your Father, to my God and your God.’

From the reports from the Gospel accounts we can piece together the events of the morning of Jesus’ resurrection. Mary Magdalene and some other women visited the tomb early on that Sunday morning (the first day of the week) and found the tomb open and empty. Afraid and confused they fled and Mark reports that they told no one. However, while the majority of the woman appeared to have done nothing, Mary reported to the disciples what she had witnessed thus far. Peter and John ran to the tomb; found it empty as Mary had reported; noted the burial clothes and head covering laying separate; and believed that Jesus had arisen. Peter and John left but Mary remained weeping outside the tomb. She looked into the tomb again and saw two angels, one at the head and the other at the foot of where Jesus had lain. They spoke to Mary; she turned and saw Jesus; thinking He was the gardener she spoke to Him; Jesus spoke to Mary; she recognized Him; and Jesus gave her instructions to report again to the Eleven.

There are other details we could consider; but I would like to review some events in Jesus’ life that prepared Him for the resurrection. These events may reveal to us the love relation between Father and Son and may open our eyes to how God works today in our lives. We know that today our heavenly Father and Jesus His Son have sent the Holy Spirit to guide and empower us to carry on the work of Jesus. We know that Jesus lived a life of faith empowered by the Holy Spirit similar to the life of faith He is expecting us to live. There are some events in Jesus life that reveal how God works today in our lives similar to the way He worked in the life of Jesus.

Father constantly, by the Holy Spirit, guided and directed the words and actions of Jesus. Specifically, we will look at the baptism of Jesus, the testing in the wilderness, the experience on the Mount of Transfiguration, and the three resurrection occurrences in Jesus’ life.

At His baptism by John, Jesus was filled with the Holy Spirit. Immediately, He was taken by the Holy Spirit into the desert for the purpose of being tested, or tempted, by the devil. He emerged from this testing empowered by the Holy Spirit and began His ministry. The testing in the desert centered on the words of God the Father, “You are my Son, whom I love; with you I am well pleased.” (Luke 3: 22b NIV)

These words of the Father were reinforced on the Mount of Transfiguration when the voice of God came from the cloud of glory surrounding the disciples, “This is my Son, whom I have chosen; listen to him.” (Luke 9: 35b NIV)

The way God works with us that is illustrated by these events is the principle that God speaks to us, tests us, and prepares us. The voice of God to Jesus that happened at His baptism and on the Mount of Transfiguration were assurances of His presence and His relationship with Jesus. The testing in the wilderness and the continued testing on the road to the cross are normal occurrences that happen in our lives whenever we hear the voice of God, whether through Scripture or through the still, small voice of the Holy Spirit within.

The preparation in Jesus’ life for the resurrection were the incidents of Jesus being shown the power of the resurrection by Father before His own death on the cross. The first was spontaneous as Jesus encountered the funeral procession of the widow’s son. The second involved more time and more requirement of demonstrating authority as Jesus was interrupted during His approach to Jairus’ home and the necessity of putting out the mourners who were already wailing at the death of the child. The third required an even more elaborate listening to the voice of the Holy Spirit as Jesus waited after hearing the news of Lazarus’ illness; the confrontation with the sisters, Martha and Mary; and the confrontation of the fact that Lazarus had been in the tomb four days. 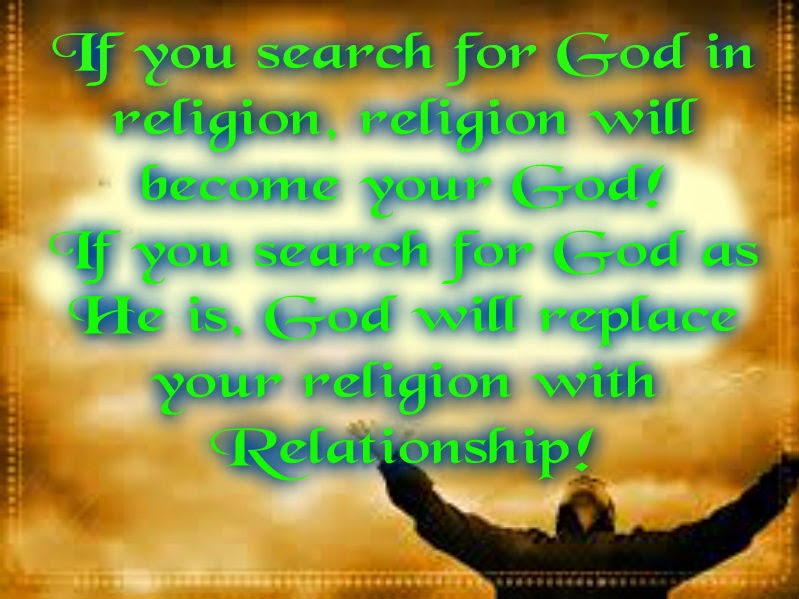 The Power of the Resurrection

Many years ago I encountered the truth of the gospel message that specifically centered on one verse of scripture:

“Very truly I tell you, whoever hears my word and believes him who sent me has eternal life and will not be judged but has crossed over from death to life.” (John 5: 24 NIV)

At the time I spent six weeks meditating on the implications of that verse until an incomprehensible joy infused my entire being centered in the thought, “I am never going to die.” I realized that I had passed over from death to life right then and there. This was not something that would happen sometime in the future but my eternal life had begun now. I had heard the word of Jesus; I had believed in the One who had sent Jesus; and, therefore, I had crossed over from death to life. An amazing transformation had both happened and begun. I believe I would liken the result of that encounter as the first crack in the opening of the chrysalis of a butterfly. I believe I had encountered the power of the resurrection.

Read more: The Power of the Resurrection

Yesterday I wrote of events relating to inspiration as we traveled to visit a friend. Today I want to outline some of what that inspiration entails. I have a particular reason for doing this. In order to increase the possibility of completing the assignments God has given me; it is good for me to declare into the spiritual realm the completion before the commencement. Let me explain the process of prophecy and its fulfillment. We are talking about the creative process; the overcoming process; and the establishment of the kingdom of God process. We are talking about the process of the application of faith.

“By faith we understand that the universe was formed at God’s command, so that what is seen was not made out of what was visible.” (Hebrews 11: 2 NIV) To receive the details of this process we would review the first two chapters of Genesis and the six day process of creation. From nothing to mankind placed in the Garden of Eden in a miraculous six days of creation. Do you struggle with that concept? Are you thinking that somehow God spent millions of years to do what the Bible clearly says was six days? May I suggest that you probably think that the resurrection of the dead will take place and you will receive a glorified body to spend all eternity with God! If my thinking is correct this would include all saints who have been buried at sea, been burned at the stake, been cremated, or have simply disintegrated to dust. You have put the responsibility upon God to carry out that overwhelming task for all who have ever lived in the blink of an eye. It seems to me that creation in six days would be far simpler for God. I’ll stick with the word as it is written.

“I have told you these things, so that in me you may have peace. In this world you will have trouble. But take heart! I have overcome the world.” (John 16: 33 NIV)

When Jesus made the declaration above it did not look to the disciples that He had overcome much of anything. The world they knew was about to end. Jesus was on the edge of destruction. Jesus was about to be arrested and crucified. All the bragging of Peter would come crashing down when the rooster crowed. All the disciples would be scattered and would soon be hiding from the authorities thinking they would be next.

The establishment of the kingdom of God process:

“And this gospel of the kingdom will be preached in the whole world as a testimony to all nations, and then the end will come.” (Matthew 24: 14 NIV)

As the disciples went out into the world the gospel of the kingdom has been proclaimed throughout the world for 2000 years. We are currently in the midst of that witness, declaration, and proclamation. We are just a small part of what God has been doing and will continue to do until Jesus returns. We have been inspired to weave together Living Fully, the Church on the Way, and the mission to establish a Bible School in Kissi, Kenya, Africa. We declare this to be the will of God and recognize that we are speaking into existence that which is yet invisible.